How to have healthier relationships 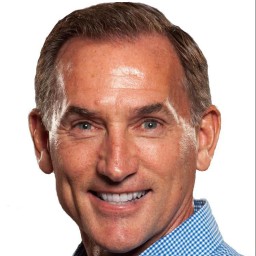 Have you ever tracked how many times you correct, criticize, or condemn your kids or spouse? How does that compare to the number of times you compliment them? Face it; kids are always going to be doing something wrong. In fact, I don’t know any of us who are perfect, including adults.

But, how often do I expect perfection from my children and point it out to them when they’re not perfect? On the other hand, how often do I notice and acknowledge when they do something right or make good choices?

Its All in the Numbers

The research by Dr. John Gottman, from the Gottman Institute, on married couples is significant and should be applied to our relationship with our children, as well as our spouse. In studying married couples, they were able to predict those couples who’d stay together and those who’d split. To do so they analyzed the ratio of positive to negative interactions during times of conflict. It was determined that the relationships that were the healthiest exhibited a compliment to criticism ratio of 5:1. Meaning for every one critical comment the partner conveyed five acts that would be considered positive or affirming.

So in applying this to parenting, I had to assess my compliment to criticism ratio not just during times of conflict but also during regular interactions. To do so I kept track of it for three days in a row. The result was embarrassing. I had no idea. I thought I was being positive overall. I was wrong!

If you do this and find that your ratio is less than 5:1, don’t be discouraged…you’re in good company, unfortunately. It is just not our nature to be intentional about complimenting our family members. We’re much more likely to be encouraging to our friend's kids than our own…it’s just human nature. But it (like many traits) is a skill that with intentional focus can change rather quickly.

A Case for Compliment

For example, there was a period when I was becoming concerned with our daughter for always being so critical with her siblings. I admonished her a couple times for being that way. But then I felt prompted to examine myself to see if perhaps I was contributing to her attitude. Very quickly I realized that I’d become complacent in my words of encouragement and affirmation toward her. Words that feed her soul and are aligned with her love language.

Over the next couple days I was very intentional about spreading words of praise, affection, and encouragement to her. The carry-over was dramatic. She had been passing out what she’d been getting. Suddenly she became less critical and much more patient with her siblings.

What kind of environment do you want your home to be like? Which do you think is a better environment for your spouse and children? The choice IS yours.

Here're some ideas to help improve your ratio:​